“I love the quality of ELEY products; it’s what’s best for my pistols. They have a great feel while shooting and the people at ELEY are amazing to work with!

Greece’s Anna Korakaki is at the top of her shooting game. She is the current Olympic champion for 25m pistol women, after winning gold in Rio. This Games was particularly significant marking the first Gold medal for Greece, since Greece hosted the Olympics back in 2004. Korakaki also became the first Greek woman to win two Olympic medals in the same competition and the first Greek athlete in general since 1912.

A true shooting powerhouse, Korakaki pistol prowess is also displayed in the 10m air pistol event where she is currently ranked as the world number one following her fantastic gold medal win at the 2019 Munich World Cup. 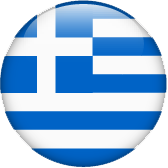 A medley of medals, records and titles for team ELEY in 2019