ELEY medal count round up 2018

From factory fresh to first place – ELEY’s tenex air pellets made their competitive debut at the European Games in Gyor, Hungary.

Kim Junhong set a new World Record at the Changwon World Cup, and won the gold medal in front of his home crowd.

Sergey Kamenskiy has an incredible year: World Champion, World Number One, and the winner of two World Cups.

Jim Cannon took his .22 out to 100 yards to win the NRL season opener

Josh Hicks is recognized for winning the 2017 UKPSA mini-rifle championship, and hopes to do the double in 2018 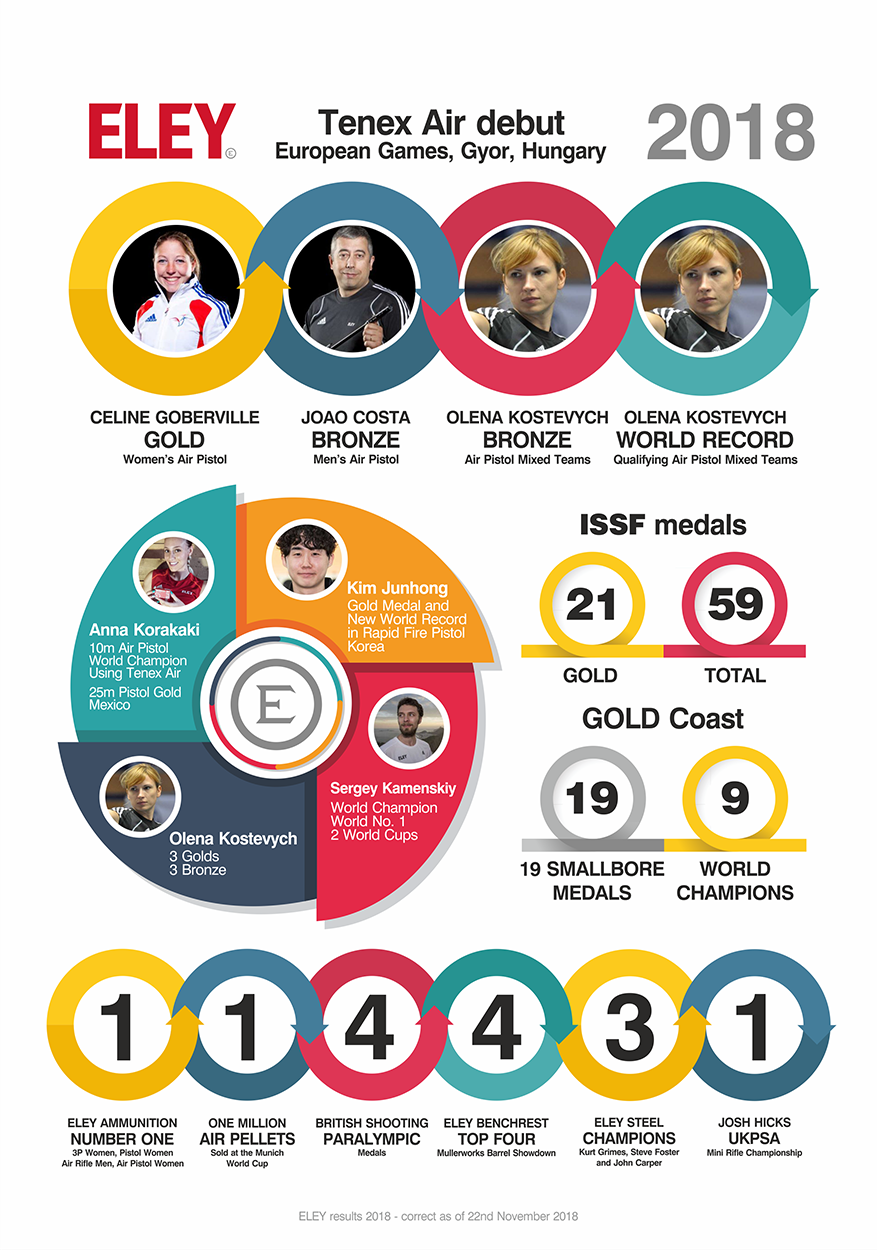