ELEY’s resident outdoors expert, Mick Garvey, gives his advice on how you can get shooting permissions to shoot on private land.

“I’ve been lucky to gain permission over around 30 acres of woodland, open grass and a couple of crop fields. First impressions are good. Having recced the land it has a good head of various quarry… rabbits, squirrels, and I even saw a lonesome fox.

The shooting permissions arose after asking numerous times about this land, which I drive by every day. When I first approached the farmer he looked at me and said I don’t have a problem with crows and pigeons here. Yet, all the time I was talking to him I was looking over his shoulder at groups of the very same avian pests helping themselves to his freshly drilled crops. So this is where I could have challenged the point and said “look over there.” However, I didn’t. It’s his land and here’s some guy he’d never seen before asking for permission to roam his fields with a gun. It’s understandable that so many farmers and landowners are wary.

I said ok, no problem but could I leave you my card and details in case anything changes. Then, I gave a quick breakdown of where I lived and what I did for a living so he knew I wasn’t just a chancer or a possible problem. On leaving, I shook his hand and thanked him for his time.

That summer, I saw him again a few times and gave him a wave whenever possible. I even stopped for another chat when walking my dog Zeva and he remembered me. When asked if he still had my card, he said he’d misplaced it. I always carry cards with me so I passed him another. This time however he took time to study it before saying thanks and putting it in his wallet. I took this to be a good sign and half expected a call that evening … it never came. 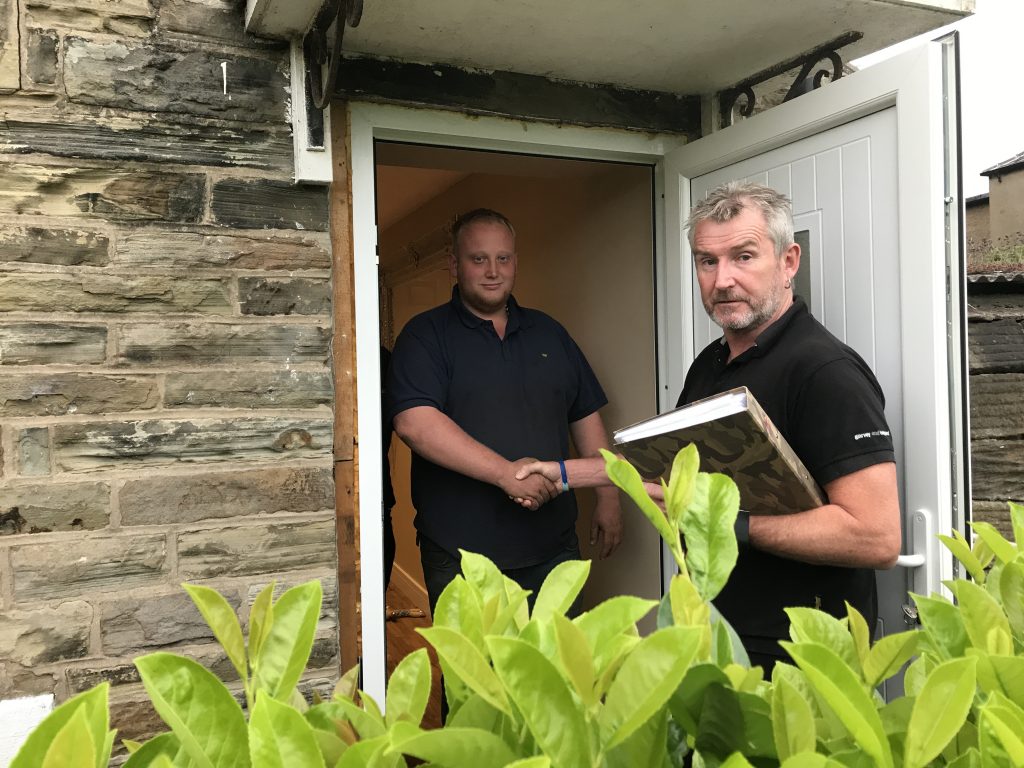 Then out of the blue last week I had a call from an unknown number. “Err is that Mick?… it’s Bill from the fields at the end of your road.” Well, he’d come to the conclusion that the pest control was indeed needed. His words were “I like the cut of your jib Mick.” Which I’m not even sure the meaning of but I think I’d impressed him. The rabbits were taking liberties on the fringes of the crop fields and my first task was to sort them out. Winner! He said I could shoot the woods and the grass fields. What’s more, he may have more for me as his usual shooter was getting on and was looking at hanging up his guns. Another winner!

This all came about by not being too pushy, but being patient and respecting others views. For many years I used to try for shooting permissions and mostly got rejected. Probably due to them having people in place and for the reasons mentioned above. I never gave in and carried on asking around. If you ruck up in camo gear with a gun on your shoulder I firmly believe gives the wrong impression. Try turning up in work clothes or even in casual dress which can work wonders. Be polite and respect their wishes and views and most of all never give up and don’t forget that some farmers don’t agree with shooting … but will know others that do.

Be prepared to show your insurance and any logs you keep of your pest control. Also provide any names of farmers and landowners that can vouch for you. All of this will help present a truly professional image. I now have quite a few permissions and can honestly say I get on with all the farmers and landowners like best mates. This had led to being recommended to others… which is the best form of flattery.” 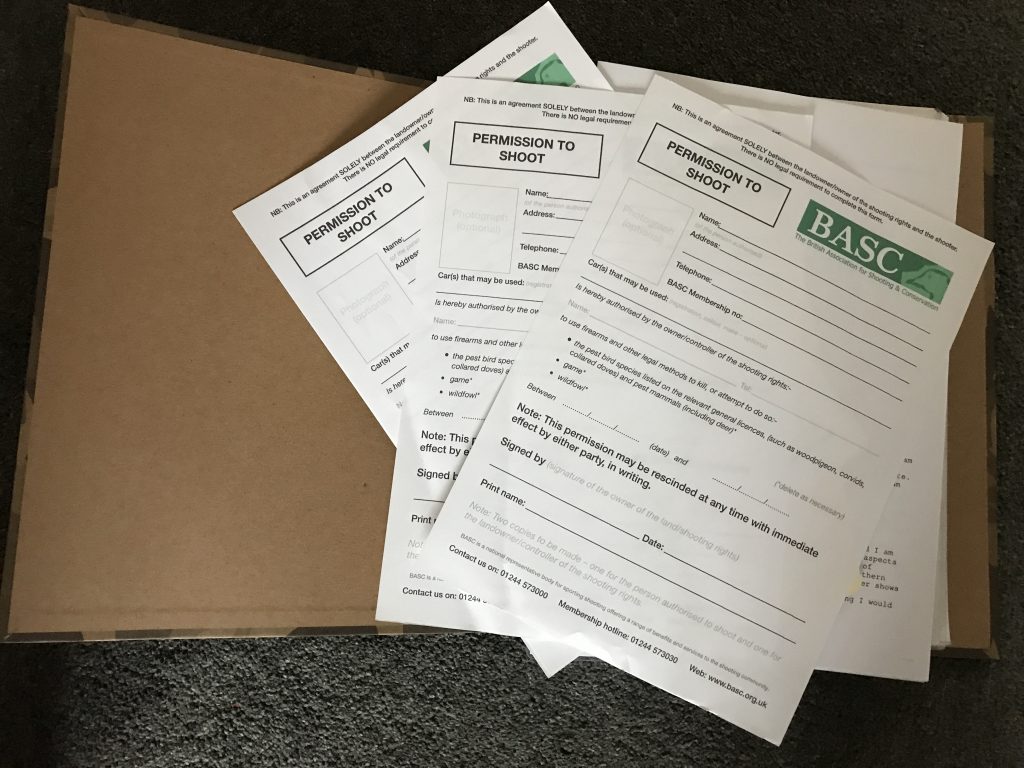