“Both tenex and tenex air provide a high level of performance which is crucial for high scores. I like the recoil behaviour, which provides the feedback I need for shot analysis.

Croatia’s Petar Gorsa is a three time Olympian having competed at Beijing 2008, London 2012 and Rio De Janeiro 2016. He has already secured his place at the next Olympic Games in Tokyo 2020 after winning the silver medal at the World Championships in Changwon 2018.

He is consistently listed in the top three rifle shooters in the world in the ISSF rankings and, in 2017 was nominated for the ‘Most successful Croatian male athlete’ award. 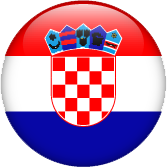 Last year was like pretty good..🤩 Olympic quota 2x world vice champ🥈🥈 3rd at the European CH🥉 Team silver at European CH🥈 Also many finals, many memories, new friends..so the only thing i can say is Long live 2018🎉 #newyear#viceworldchampion#shootingsport#europeanchampionship#friends#medals#issf#olympicshooting#tokio2020

How ELEY achieve Olympic accuracy with its .22LR ammunition

A medley of medals, records and titles for team ELEY in 2019