Three hundred yards for the little bullet that could? It’s not a typo and long-range .22LR shooting is starting to catch on in the US especially. With the high quality equipment and ammo available today, while still challenging, 300yd hits on six inch round steel is realistic. It’s fair to say that today’s .22LR has come a long way since its introduction.

As Michael R. Shea echoes in a recent article in Field & Stream; “Precision rimfire events are taking the shooting sports by storm – and pushing .22LR accuracy to previously unimaginable limits.”

Carl Slutter, a long range rifle shooter, gives us his insight into the sport and the equipment he uses to achieve such distances.

“I’m now in my mid-fifties and have been shooting since I was a boy.  I used to compete in high-powered rifle competitions until arthritis in my neck prevented me from doing so.  After that I participated with handgun to include steel shoots and bullseye type competitions.

I got the idea of shooting the .22LR at long distance from a Bryan Litz seminar I attended almost two years ago. After some research I found that some of the competitions would allow me to shoot from a bench because of my condition.”

It starts of course with a precision rifle wearing some good optics. Connecting with a six inch target at 300yd for me began with a Vudoo V-22 topped with a Nightforce® NX8™, 2.5-20X. While there are other good rifles out there, the V-22 with its MasterPiece Arms chassis is practical for many of the competitions being held today. During these events competitors will engage targets ranging from 25yd to 300yd in various shooting positions.

There are also many choices regarding optics. However, reaching 300 yards from a 50 yard zero requires a large change in elevation. In addition to parallax adjustment from 11yd – ¥ the NX8™ easily gives me the dialup of over 40moa with room to spare. That’s right. I’m holding greater than 10ft above the target in order to launch a 40gr lead projectile to its final destination of 300yd. Keep in mind that my scope is already sitting on a base with 60moa of elevation built in.

None of this equipment matters however without high quality match ammo. While there are several manufacturers capable of producing high quality match ammo I’ve personally found nothing better than ELEY tenex for my rifle. This combination easily shoots sub-moa groups at 50yd and more importantly I’ve found velocity to be very consistent. 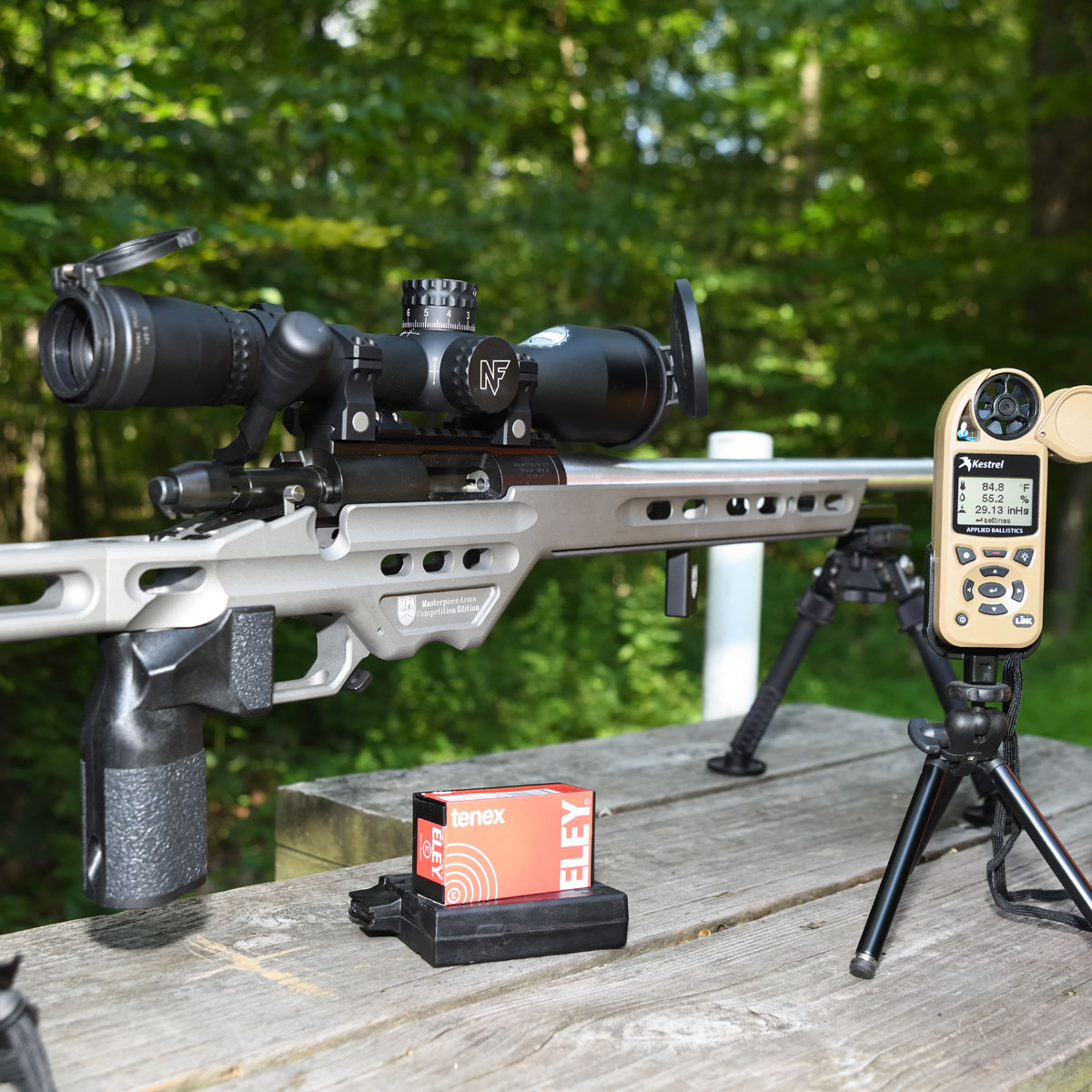 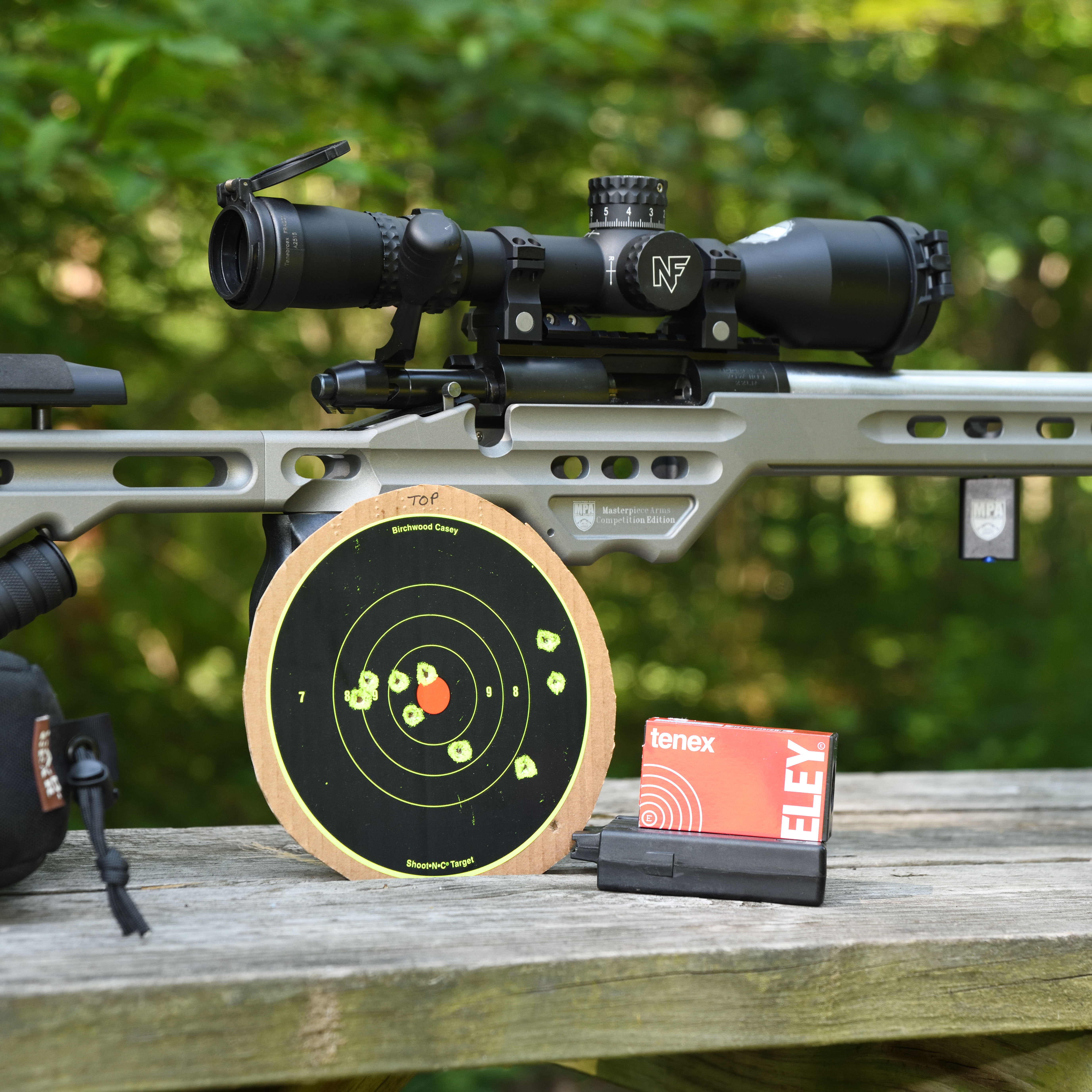 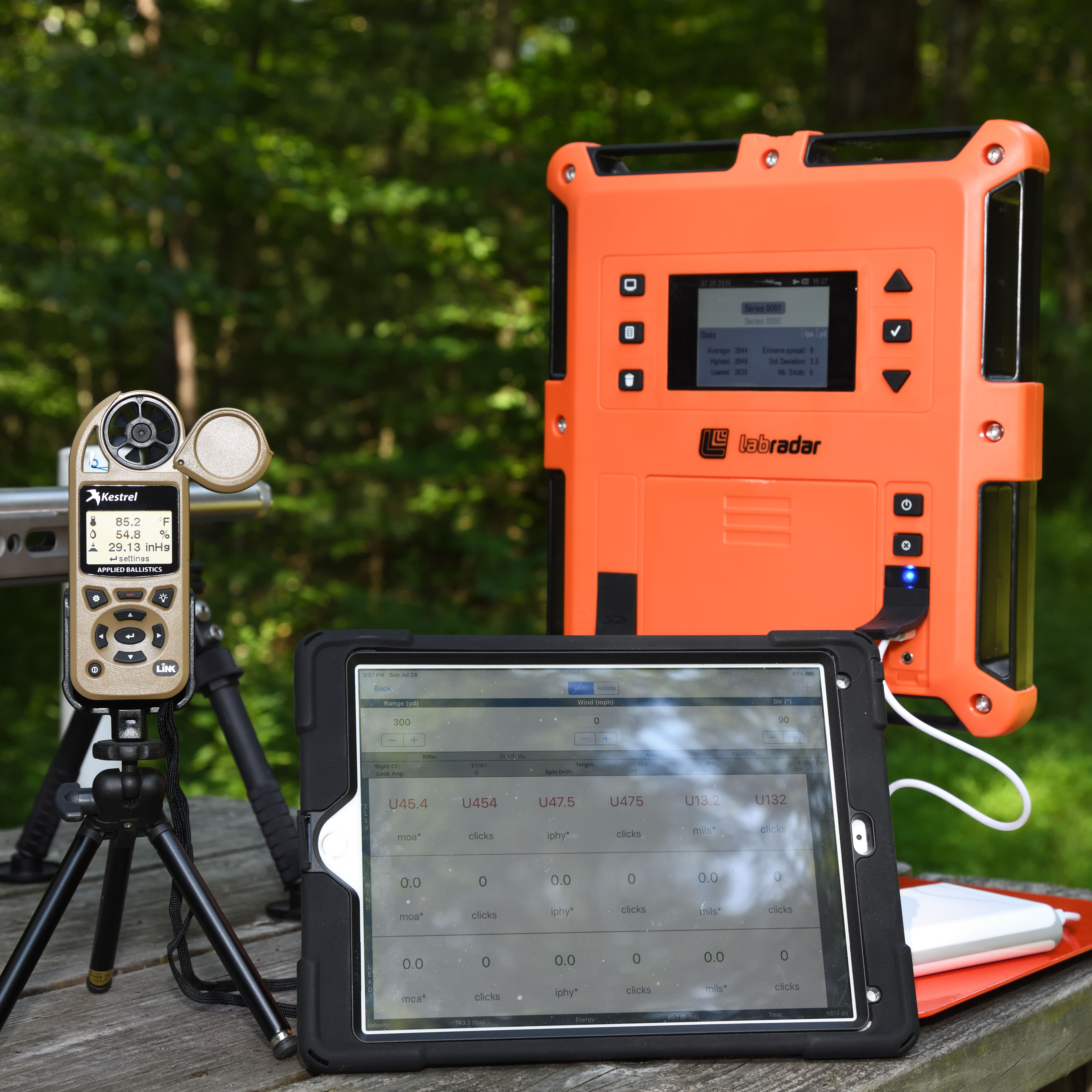 In the long-range game, consistent velocity is key, so collecting and analysing your velocity data is crucial. Testing of three lots of tenex gave me an average SD of 8fps with a low of less than 5fps. Considering velocity only, standard deviations (SDs) of less than 10fps are needed to keep most shots on the 6in circle. Assuming a perfect 300yd zero a change of 30fps (i.e. +/- 3 SDs) will yield approximately +/- 3in changes in elevation.

Velocity changes alone are enough to miss the target and compensation for wind or uphill / downhill hasn’t even entered the equation yet. That being said you don’t need to be afraid of the technical aspects determining the corrections needed. Ballistic programs available for your mobile device, such as AB Mobile, make easy work of this task. As a matter of fact, the team at Applied Ballistics has recently added a new ballistic coefficient for tenex which make trajectory predictions for long-range shots even more accurate.

In conclusion you don’t need the best of the best equipment to get started. While good ammo is crucial, larger targets can compensate for rifles of less precision than the V-22. In addition, many scopes today are available with reticles that have hold-overs which can compensate for less elevation travel. It’s fair to say that 300yd shots with the .22LR aren’t quite the same as 1Kyd shots with the sleek 6.5’s. However 300yd ranges are easier to find and the cost of .22LR match ammo beats the centerfire ammo when considering round count.

So what are you waiting for? Get out there and have some fun with what might be the next great shooting sport, long-range shooting with the .22LR.