Skip to content
Shooting Silhouette; show up and shoot something different this summer

When you hear us say silhouette shooting we’d forgive you for thinking silhou-what? Despite it being a fairly old form of target shooting, it’s a must for any competitive shooter. Metallic silhouette shooting involves shooting at steel targets which represent game animals at varying distances. This is with the aim of seeking to knock the metal target over.

Silhouette truly brings precision shooting to a simpler and some say a more pure form. You won’t find any heavy 3p coats or anatomically adjustable rifles. What you will find are competitors all over the world simply standing on the firing line and shooting. However, don’t let the seemingly simple way that shooters compete fool you into thinking that it is easy.

Silhouette encompasses many disciplines. Small-bore and high power rifle, lever action rifle, pistol, air rifle and air pistol, as well as black powder cartridge. Any of these disciplines can really test a shooter’s ability and fundamentals, the saying in rifle silhouette is “the bench proves the rifle, standing proves the shooter.” 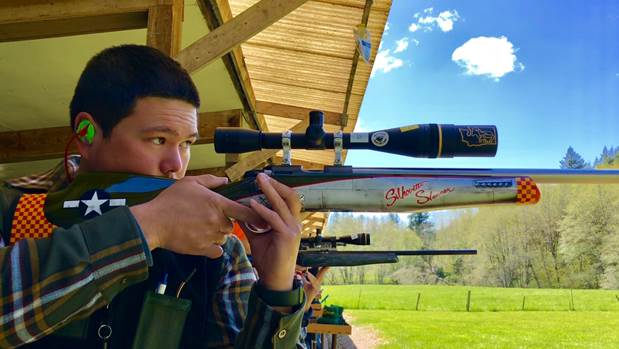 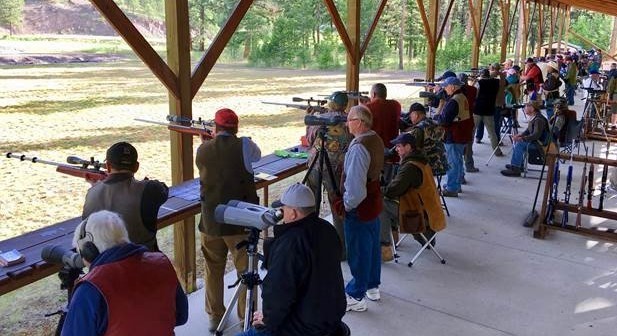 Silhouette uses targets that pay homage to the origins of silhouette when Pancho Villa and his men (so the legend goes) would bet each other whether or not they could hit animals at various distances scattered through the Mexican country side. Over time those live animals changed into the metallic silhouettes we see today. Full size, high power rifle chicken, pig, turkey, and ram targets are lined up, normally 10 of each animal in a row at 200, 300, 385, and 500 meters respectively. These would then be shot off-hand in groups of five over multiple strings of fire lasting 2.5 minutes each. The small-bore targets are 1/5 the size and at 1/5 the distance of the high power targets, keeping the challenge high but making the sport accessible to all shooters.

From their scores, competitors are put in classifications and compete against others in their class. This allows all competitors a chance at success and keeps shooters of all abilities coming back to test their skills. Silhouette also applies certain parameters to the rifles which keeps the competition between the shooters and not so much their equipment. Of the limited equipment you can use in the sport, one piece remains vitally important; the ammunition. Hence, like all precision shooting sports, quality ammunition can still be the deciding factor between victory and defeat.

To start silhouette shooting, take any scoped .22 calibre rifle and show up to a match. One of the greatest things about silhouette is the generosity and friendliness of the competitors and any person at a match will be glad to help you get started.