The world’s most consistently accurate .22LR cartridge, ELEY tenex, has secured 7 out of 12 medals at the latest ISSF Rifle and Pistol World Cup in Beijing.

ELEY tenex and ELEY tenex air both remained a firm favourite amongst competitors. Thanks to its revolutionary design and engineering excellence, tenex remains the trusted brand for shooters competing at the highest level.

The second World Cup of 2019 pitted the best against each other in what’s proven to be another exceptional week of shooting. Taking place at the Beijing Shooting Range, 586 athletes from 67 countries headed to the Chinese capital to battle it out in various rifle and pistol disciplines.

The stand out shooters from the event were Nino Salukvadze and Maria Grozdeva. Using ELEY tenex air pellets, Georgian athlete Salukvadze clinched an Olympic quota place in the 10m Air Pistol women’s event. This makes the upcoming Tokyo Games Nino’s ninth Olympic event in a row after making her competitive debut in Seoul (1988). This also makes her the first female in history across all sporting disciplines to go to nine Olympic Games. A fantastic achievement we’re sure you’ll agree.

Not one to be out done, this feat was challenged by Maria Grozdeva a couple of days later in the 25m Pistol women’s event. Putting her confidence into ELEY tenex pistol, Maria scored 36 hits out of a possible 50. Not only did she pocket the gold medal (her 15th ISSF medal in total) but also an Olympic quota place for Tokyo 2020. This will be Maria’s seventh Olympic Games.

Between Nino and Maria, they will have a total of 16 Olympic Games under their belts between them by 2020. Huge congratulations. 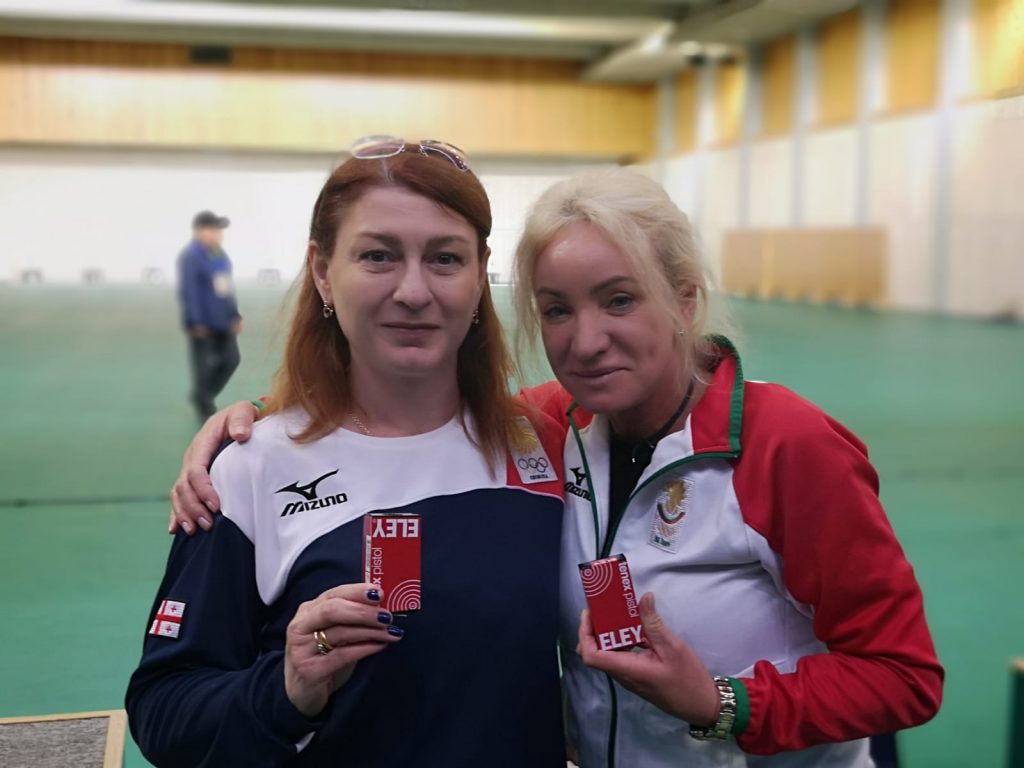 There was also success for ELEY tenex in the men’s disciplines. Filip Nepejchal shot the iconic cartridge in the 50m Rifle 3 Positions men’s to earn the top spot on the podium and equal the junior world record! He just pipped Russian shooter Sergey Kamenskiy to the post after both qualified with a score of 1176. However, Nepejchal managed to edge out Kamenskiy by just 0.6 points to claim the top spot. 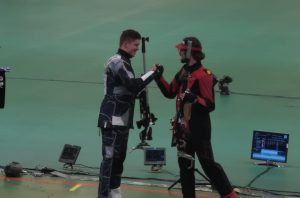 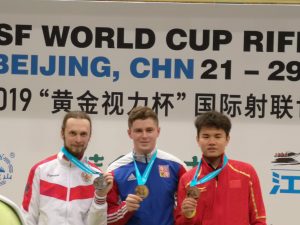 The final day of the competition hosted the 50m Rifle 3 Positions women’s events and showcased the strength of ELEY, with tenex taking first, second and third place! The event saw Croatian shooting legend and team ELEY athlete Snjezana Pejcic claim victory. Scoring a total of 464 points, Pejcic was a huge 4.5 points ahead of Korea’s Sang Hee Bar who finished in second place. 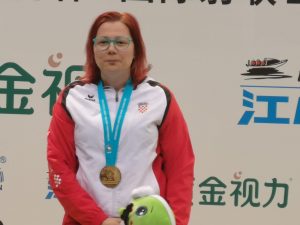 The next competition in the ISSF calendar begins 24th May in Munich, Germany. ELEY will have tent at the event selling ELEY merchandise as well as the brand new ELEY tech clothing range. Come and say hi and meet the team. We look forward to seeing you there.